How has your organization responded to IAW’s most recent activities?

This month, we brought two incredible speakers to campus — Chloe Valdary, Jerusalem U’s Director of Partnerships and Outreach, and Craig Dershowitz, Artists 4 Israel’s Executive Director. Chloe is a hardcore Israel activist, who is amazing at training students in standing up for Israel. Craig helps people advocate for Israel through healing art projects — like beautifying bomb shelters in Israel. While he was in Johannesburg, he sprayed colorful messages of peace throughout some of South Africa’s most impoverished regions. 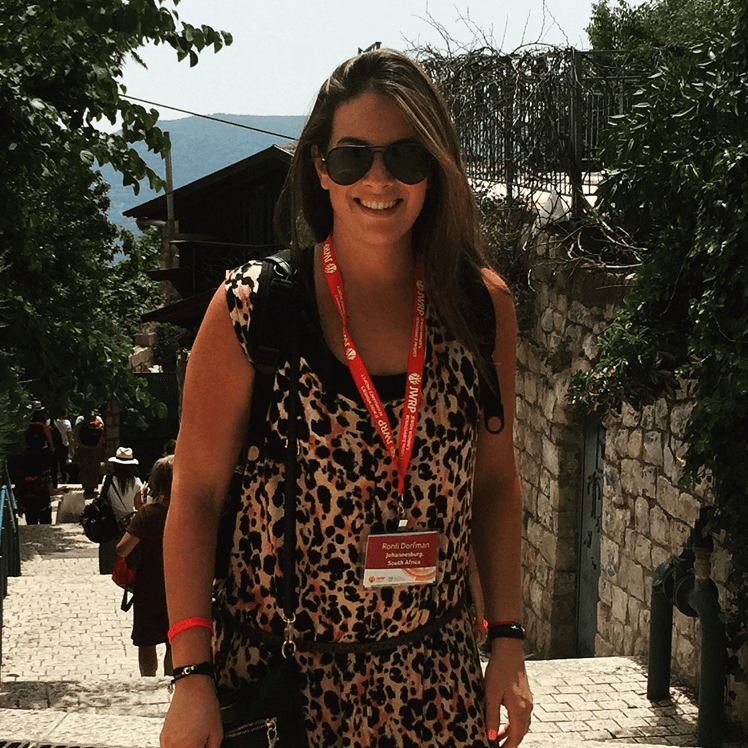 "The best thing that a person can do to advocate for Israel is travel to Israel, see the truth, and then share it with others."

What are some interesting things you’ve learned since becoming a professional advocate for Israel?

In my role, I’ve discovered that about 10% of people really don’t like Israel. Then, there are another 10% who are Israel activists. The remaining 80% of people are apathetic. These are the people to speak to about Israel because you can actually shape their opinions and make a difference.

The best thing that a person can do to advocate for Israel is travel to Israel, see the truth, and then share it with others. During IAW, we use the hashtag, #seeisraelforyourself to promote this idea. Throughout the year, we also run many programs that bring South Africans to Israel — including pastors and black South Africans. When they see that BDS has hijacked their personal history of living in an apartheid state, they want to share their life experiences and their Israel experiences with others.

Can you recommend resources and tips for people who want to advocate for Israel?

When defending Israel, education is key, and I most often turn to two organizations for this: Jerusalem U and StandWithUs. I develop the curriculum for a high school Israel advocacy program in South Africa, and always share the following tips with my students:

– Double Standards: holding Israel to a standard that is not expected of other countries

Why do you think that it’s important for people to openly advocate for Israel?

I always used to attend Yom Ha’atzmaut (Israel’s Independence Day) celebrations, but one year, I wasn’t sure if I wanted to go. Now I realize how important it is to show my support for Israel. Israel is the Jewish homeland, and it will always be there for us no matter what. We need to celebrate Israel, attend Israel rallies, or post Israel content on social media — whatever we can do. Since making Israel a priority in my life, my kids have become so Israel oriented. In fact, my son recently told me that he doesn’t want a big Bar Mitzvah party. He just wants to celebrate his special day in Israel.