In one word, Nitsana Darshan-Leitner is a powerhouse. She’s not only a wife and a mother of six children, who are all 18 or younger. She is also the director of the Israel Law Center, which is dedicated to fighting terrorism, and works with Western intelligence agencies, law enforcement branches, and a network of volunteer lawyers to file legal actions on behalf of world Jewry. Nitsana’s many achievements include attaining more than $200 million in compensation for Israeli victims of terror and freezing over $600 million dollars of terror assets. We spoke with Nitsana about becoming a professional activist and how she manages to disconnect from her work.

What first compelled you to fight terrorist organizations in the courtroom?

It all began when I was a law student. A few other law students and I took our first case to Israel’s Supreme Court, demanding that Muhammad Zaidan, a terrorist who hijacked an Italian cruise ship in 1985, not be allowed to return to Israel. From that experience, we realized that we could represent victims of terror, and give them a voice in court. In 2000, when the Intifada broke out in Israel, terror attacks began to affect everyone. I couldn’t continue to live my life without taking action. As a lawyer, I realized that I could fight by going after what terrorist organizations needed most: money. When we started winning cases, we were flooded with phone calls from terror victims who wanted us to represent them. So, we agreed to dedicate our lives to help them fight back.

What is your advice to women who want to turn their activism into their careers?

Activism means making changes, and dedicating yourself to activism means doing something that won’t necessarily pay you back in the short-term, but will influence society in the long-run. Find ways to spread awareness of existing situations, or create initiatives that make your cause a part of the daily conversation. Think outside of the box, don’t be afraid, and stay dedicated to your cause. 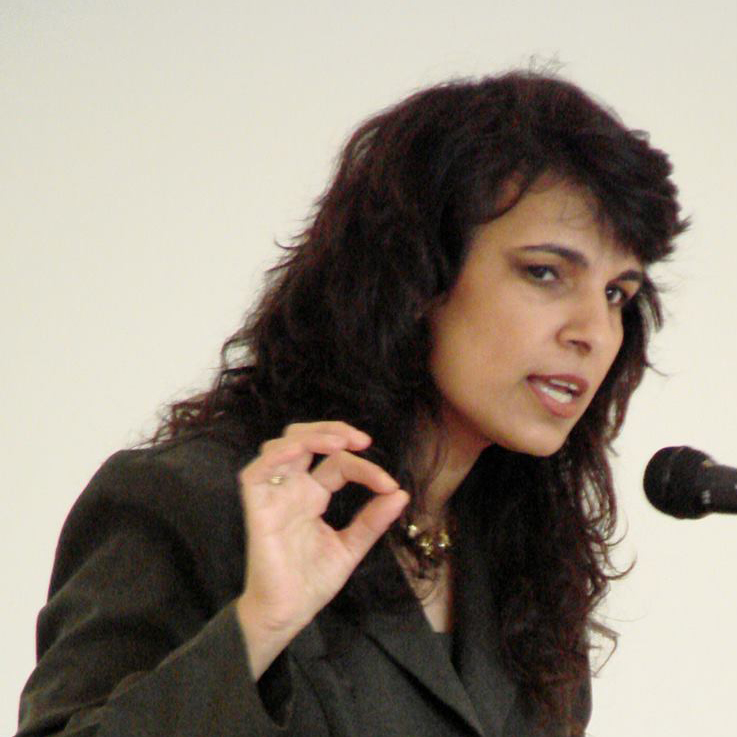 "Activism means making changes, and dedicating yourself to activism means doing something that won’t necessarily pay you back in the short-term, but will influence society in the long-run."

What are your tips for managing such a demanding job?

First, you need to provide your family with all the support that they need and build a mechanism that will take your place when you’re not there. In my family’s case, my mother has been very supportive in taking care of our kids. We also have a nanny. Once you have this mechanism in place, you can focus on building your career.

How do you deal with the emotional aspects of your work?

It’s very tough. I work with victims whose lives have been devastated, and my work focuses on the specific occurrences that devastated their lives. When victims share their stories in court, there is often not a dry eye in the crowd. But this is a part of the job, and hearing victims’ stories has ultimately made me more sensitive to everyone in my life.

How do you talk about your work to your children?

I bring them to my lectures, I make professional phone calls in their presence, we have conversations about my work, and they see me in the media. Unfortunately, in Israel, everyone above the age of six knows about terrorism. So, my older children understand exactly what I do, and my younger children know that “mommy helps the good guys and fights the bad guys.” They are proud, and they ask a lot of questions.

What are your tips for disconnecting from your work?

I work until the minute before Shabbat begins, but the second Shabbat begins, I completely disconnect from my work. I don’t pick up the phone. I don’t send emails. I don’t go online. I dedicate Shabbat entirely to my family. And it’s such a huge relief. My soul rests, and I can truly connect with my husband and children. I simply could not live without Shabbat.

How can Momentum sisters support the fight against terrorist organizations?

Today, there are a lot of institutions and corporations that aid terrorists. These include social media companies that provide platforms for terror organizations to spread their messages, recruit terrorists, and raise funds. Another example is Boeing, which received special permission from the American government to sell aircraft to Iran. Iran will use these aircraft to deliver missiles and ammunition to Syria, and ultimately, to the terrorist organization, Hezbollah. My firm is taking legal action against Boeing, and Momentum sisters can also help by pressuring companies and governments to take action and cancel these kinds of deals.