Addiction – What are you really running after?

“Karl Marx wrote: ‘Religion is the opiate of the masses.’

Carrie Fisher said: ‘I did masses of opiates religiously.’

Most addiction is a form of opioid addiction… because addiction’s main goal is most often a frantic running away from pain.  The question is, how do we stop running? Or at least, how do we run in a better direction?

Keren was a runner. Running from her pain, her nightmares, her family, herself. Running after relief, after joy, after sweet escape. During the day, she was killing it at a tech start-up. While at night, she was killing herself. The creeping death of opioid addiction. Her drug of choice was fentanyl, a.k.a. “the deadliest drug in America” She said it was her longest committed relationship – a love-affair that had been blazing for over two years.

Thankfully, miraculously, something within Keren forced her to come to therapy. For the first four months, the sole topic of discussion was her reluctance to show up for said therapy. And yet, week after week, show up she did. Something kept her coming, running, to therapy. As much as she desired those pills, there was a simultaneous desire burning in her for healing.

Addiction has been called ‘the mismanaging of desire.’ In Jewish wisdom, when we want to understand a concept, our first stop is always to look at the language. (Semites take our semantics very seriously.) The Hebrew word for desire (or will) is ratzon. Beautifully, ratzon shares its root with another Hebrew word – ratz, which means ‘run’.

Tennessee Williams got it right when he wrote a ‘Streetcar Named Desire.’ Desire is the essential vehicle to get us moving. When we have a desire, we run after it. If we lack that core drive, we are likely to avoid, sabotage and procrastinate like nothing else.

In Jewish wisdom, there are two types of ratzon – a higher and a lower. The lower ratzon is based in our physical earthly desires. The higher ratzon transcends those material urges and reaches for higher, more value-based ideals.

Socrates called this process of reaching for higher desire ‘ascending the ladder of love.’ Freud called it ‘sublimation.’ ‘Sublimation’ is based on the scientific name for what happens when water goes from solid ice directly to ethereal steam. Interestingly, accessing higher ratzon is likewise when we are able to move from the physical to the ethereal – to endure some worldly pain to reach for something infinitely higher – something more sublime.

Keren’s sublime desire was to get to a place of joy in her life. Like every addict, she (understandably) assumed, ‘To get to joy, I just need to kill my pain.’ But the way that joy actually works is not by going away from pain, but by going through pain and embracing it. The turning point came when Keren finally decided to go inside herself, to encounter the inner-truths she had been so desperately avoiding. And so for well over a year, we painstakingly unpacked her most unbearably painful secrets & memories; all those dark things she had kept tightly under wraps, especially from herself.

It was, admittedly, torturous for her. But then came the fruits. In meeting her pain, she met herself. She decided to go on a vacation to Bali – with the specific goal of not taking her beloved pills along. This vacation wasn’t running away to Bali; it was actually a vacation running into herself. And it worked. To her shock, a drug-free month passed. She fell again but persisted doggedly in therapy. She stopped the drugs once again, gritted her teeth, pushed through the discomfort and – thankfully – has been sober ever since.

Keren took her running from herself (via drugs) and started running to herself (via self-encounter). The understanding of self is the personification of running in the right direction.

This encounter with self – pain and all – is the difference between running out and running in.

Another symbolic Hebrew word connected to ratzon and ratz is aretz, which means earth. Jewish wisdom teaches that our earthly self is full of running dashes towards our lower physical desires. We run outside of ourselves to fulfill our emptiness. This type of running is so common, it should be considered an Olympic sport. It is what so often runs and ruins our lives.

The Hebrew opposite of aretz/earth is the concept of shemayim/heaven. Shemayim is connected to the Hebrew word ‘sham’ meaning ‘there.’ Heaven could also be read as ‘the place of theres.’ It is understood that when we are in a shemayim state of mind, it is as if we are ‘already there.’ Heaven is when we have finally arrived at a sense of peace/completion, a sense of ‘thereness.’ That shemayim is found when we anchor into our deepest self; which is actually right here all along.

Let me give you an example of this movement from my own life. I am an admitted sugar addict. From the time of my formula-fed infancy, sugar has served as my go-to escape, crutch, and joy. But that joy often has a price tag – on my health, my self-esteem and my control of my life. Granted, sugar addiction does not hold a candle to the chaos and agony of drug and alcohol addiction, but it is an addiction nonetheless… and, more importantly, it has been one heck of a teacher for me.

One day when I was trying to beat my sugar habit, I got particularly triggered to RUN to buy chocolate covered raisins. It was late afternoon and I was feeling restless, bored and directionless. From that place of restless boredom, I sprung my lower ratzon to run after chocolate. But instead of running out the door, I sat and ran inside myself instead. I breathed deep and asked myself, what am I really running after here?

Slowly it dawned on me that it wasn’t chocolate I wanted. I was actually yearning for the feeling that came when I ate chocolate. That feeling of excitement, fun and being ‘special.’ I realized that so many of my happiest childhood memories of excitement and ‘specialness’ were based around sugar. That time we were bored and piled into the station wagon to go to Baskin Robbins. Or the time we celebrated my very special all As report card with another station wagon trek to 31 Flavors. I recalled a steady stream of memories where special and sugar were deeply woven together.

But it was time to recompute… because actually, all the sugar I was eating wasn’t making me feel special at all. Actually, it was making me feel embarrassed, out of control and hopeless.

How could I get my higher ratzon desires of ‘special and exciting’ without sugar, in a way that honored my health? I realized that I could feel special about kicking an addiction and living according to my higher will. Indeed, it would be downright thrilling to kick this habit.

If I could at this moment NOT run to chocolate that itself would be an exciting act par excellence. What’s more, I realized that actually, I was doing that RIGHT NOW just by going inside instead of rushing out to the corner store. I was already THERE. That was my shemayim moment. The specialness was there in my present act of connecting to myself.

What is your Formula – from Running Out to Running In

Take a moment now to think about a time when you ran to your lower ratzon, some trigger moment when you pursued something not in your highest interest. Imagine that moment. Breathe into it. Now ask yourself, what is it that you were really running after?

Map it out with this basic five-step formula:

Now cross it out and write out over it: FAULTY LOWER RATZON!!!

X desired goal = The opposite of Y

(Joy = Refraining from drugs, encountering self and allowing for pain)

This shift of sublimation moves us from our earthly desires to our more sublime ‘heavenly’ goals. This exercise of reformulating your higher ratzon can help you filter through the tricky reasonings of your lower will in order to access your highest desire and help you achieve the lofty life goals that are truly worth running after.

Your higher-level ratzon is within you, just waiting to be tapped. 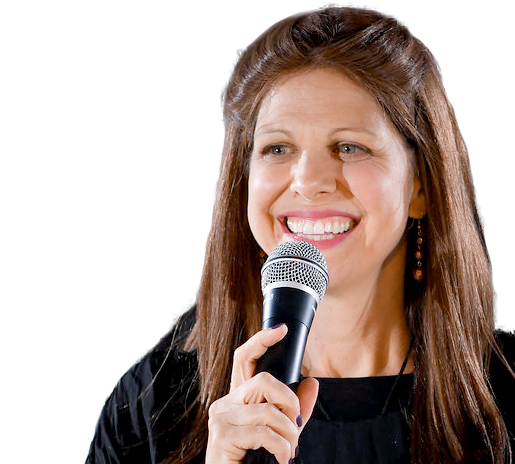