Give My Secular Children a Jewish Education

My eldest son returned to school last week after the holidays. Now that the holidays are over, we’re finally back to normal. It actually feels like a new beginning. There’s a feeling of apprehension in the air. But unlike my friends or the mothers I meet in the park, I’m not worried about how he’ll acclimate to his school and cope with the changes. I know that with time, things will become easier, and that our child will adapt to the new system, make friends, and expand his knowledge.

The fear that I carry is not because of what the education system offers, but rather because of what the education system does not offer. You see, my spouse and I chose the community where we’ve settled because of its schools, its people, and its many offerings. And although I grew up in a home that was not observant and never even encountered a Siddur — let alone a Mishnah or Gemara — during all of my years at school, I ask myself (and those around me) — what type of bookcase will my children find at school?

In my career as a Jewish professional, I have had the opportunity to visit many Jewish schools in the United States and in Europe, and I was thrilled to discover a wonderful educational system. While it has certain disadvantages, like anything else, it offers a wealth of knowledge and broad exposure to the treasure that we all share in common.

When parents choose to invest in their child’s Jewish education, the child is exposed to questions about identity, as well as a diverse bookcase filled with Torah literature and its commentary, various Jewish thinkers, like Ahad Ha’am and Berl Katznelson, and incredible poets, like Yehuda Amichai, who shed light on different sides of Judaism.

My point is — you should not need to be a religious Jew in order to access knowledge about our heritage. I find it shocking when parents think it’s okay that their children know the Israeli pop songs, “Tudu-Boom” and “TOY” by heart, but that they do not know the words to the Shema.

So why, in the Jewish homeland, does the secular public education system fail to share even a small portion of our people’s values, traditions, and knowledge with our children? Many of the great Zionists who dreamt about Israel, took action, and built this country were not religious, but they were well-versed in Jewish books and took them into account, alongside other books, when they made decisions, wrote, created, and built our country.

At the core of our Jewish tradition is our basic need as parents to give our children a clear identity and deep roots. They are not only Israelis; they are also Jews. Today, there are limited frameworks into which Jewish education can be integrated, and unfortunately, these frameworks are not present in every community or city.

Reclaiming what is ours

For all Israeli Jewish students to learn about the history and heritage of their people — the Jewish people. For us to reclaim our national heritage, and for every person to embrace it as they see fit. And for us to reclaim our Jewish identity in a way that suits each one of us.

The education system does not need to instill faith in its students, but it does need to make them more knowledgeable, connected, and rooted. If we choose to raise our children in the State of Israel and as part of the Jewish people, we must give them the tools to formulate their own answers to basic questions: Why is it important for me to live in Israel? Is it important for me to be a Jew and a part of the Jewish people? We do not have the luxury of being ignorant. 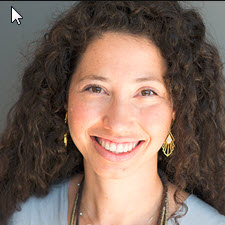 Dana previously served as the Director of Garin Tzabar International, the Director of the StandWithUs Fellowship, and the Youth Leadership Program Director for OneVoice Israel. Dana also founded Tzemach, a student-led, grassroots organization with the goal of deepening Zionist values and awakening social responsibility among Israeli students. Dana is a board member of several Israeli nonprofits, a mentor in multiple social entrepreneurship programs, and a Schusterman Fellow. She received a bachelor’s degree in liberal arts and a master’s degree in public and political leadership from Tel Aviv University. Dana is also certified in Jewish peoplehood studies and facilitation.