Women on the Rise

It is clear that something is happening in the world. The outing of Harvey Weinstein (of course he had to be Jewish) became a historic watershed moment, opening up the floodgates of women who are saying “No more,” and answering in sisterhood, #MeToo.

And it seems there is no turning back.

This powerful rise of women’s voices today is not about equal pay, competing with men, or glass ceilings. It is about human respect and dignity. It is a voice most similar to the one I heard growing up in Toronto from my mother.

As a child in Toronto in the ’60s and ’70s, I remember that, for a while, every Wednesday night, my mother would host her “Consciousness Raising” meeting with other women — a big phrase for us four kids to wrap our young heads around.

At the time, I did not fully understand the feminist movement and my mother’s meetings as a connection to it. I just knew we had to be upstairs, in bed, and quiet. Only later did she tell me that when the women all started leaving their husbands, she stopped the meetings.

But she also stopped both wearing a bra and shaving her armpits, and introduced me to the works of Margaret Atwood, Judy Collins and Joan Baez. My mother was a hippy in the suburbs with four kids, but always had dinner on the table at six when our father came home. She did not send mixed messages, rather dual ones, of feminism together with traditional priorities. For her, feminism was about people respecting women and not objectifying them.

A little while ago Hadassah named me “One of the Most Outstanding Jewish American Women of Our Time,” and since the women on the list are in alphabetical order, I fell between Golda Meir and Gloria Steinem. My mother could not have been prouder.

Some have criticized the recent #MeToo wave as accusatory and dangerous, with the possible firing of men who are innocent, but in the current social pro-woman courtroom, are being tried and found guilty. Of course, we must be wary of false claims, but not at the expense of stopping the courageous voices that on a daily basis are finally being heard.

This has also created a new environment of acknowledging across the board respect for women and the need to empower them based on values. Is it a phase, are they patronizing, over-compensating? I think not. Deep down, every man and every organization (mostly run by men) know that women, from their mothers to their co-workers, should be respected. But the prevailing misogynist (think rap lyrics) culture shouted against that — the rising voice of women is now beginning to drown it out.

And it seems to be deliciously contagious.

Recently The Genesis Prize Foundation (GFP) announced that they were, for the first time, giving their $1 million award to a woman, actress Natalie Portman. I used to mistakenly think that this prize was kept by the famous recipient (past recipients include actor Michael Douglas and former New York Mayor, Michael Bloomberg), but it seems it is an award that the recipients donate to causes close to their hearts.

Israeli philanthropist, Morris Kahn, was so moved by the choice of Ms. Portman and the cause she chose of the empowerment of women that he matched the prize, and now she has $2 million to give away.

Yes, Natalie Portman chose women and said, “I express my heartfelt gratitude to the Genesis Prize Foundation, and look forward to using the global platform it provides to make a difference in the lives of women in Israel and beyond.”

It began with Golda Meir and Gloria Steinem, but now Natalie Portman, Gal Gadot — intelligent, strong, proudly Israeli, Jewish women are driven to use their fame to bring good into the world. And now the prevailing winds are in their favor.

May they continue to blow strong. 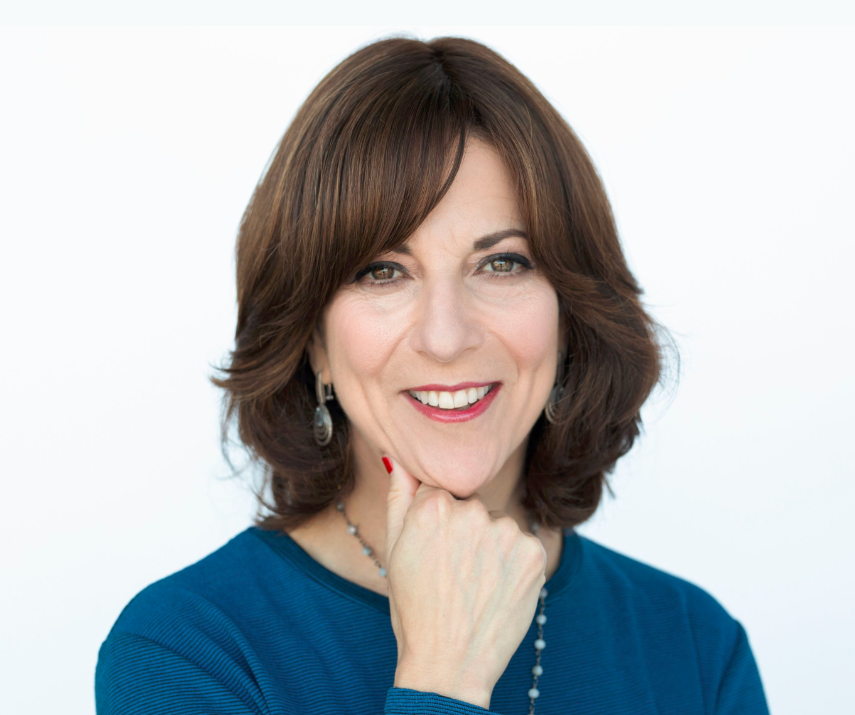 Lori has served as the Founding Director of Momentum since 2009.

Lori is a world-renowned Jewish educator, speaker, writer, and media personality, who has lectured all over the world. She is the author of four books, Friday Night and Beyond, Gossip, Remember My Soul, and Turn Your Husband Into Your Soul Mate. In 2014, Lori was named one of the ten “Women to Watch” by Jewish Women International in recognition of her contribution to Jewish women throughout the world. Hadassah named Lori one of the “Most Outstanding Jewish American Women of Our Time.”