Setting Sail for Our Big Ideas

Sivan Yaari decided to step out of the jeans factory in Africa, where she was working several years ago. She visited a nearby village — totally impoverished, with students learning by kerosene lamp and no real healthcare. Why? No electricity. So she did something about it. We loved listening to her story this morning — not only what she did, but how, and even the way she told her story … like it was so simple! (As if.)

Then in the afternoon at Independence Hall, it was the story of Theodor Herzl. He traveled to France in the 1890s and happened to notice that the Jews were getting blamed for something one Jewish person was on trial for. In fact, squalls like this one were happening everywhere! So we need a homeland, he said. Maybe not right then or in five years, but maybe in 50. And it happened just like he said! We heard the recording of David Ben Gurion proclaiming the state of Israel in 1948. This was huge! A nation rose up out of next to nothing but the bare dirt and a dream. It was a dream to return to the land that the Jewish people have been connected to for 3,000 years. I didn’t know all this history, and apparently, we all need to read the Balfour Declaration ASAP. (Yep, we also learned what some of our kids are facing on college campuses and how to deal with it). 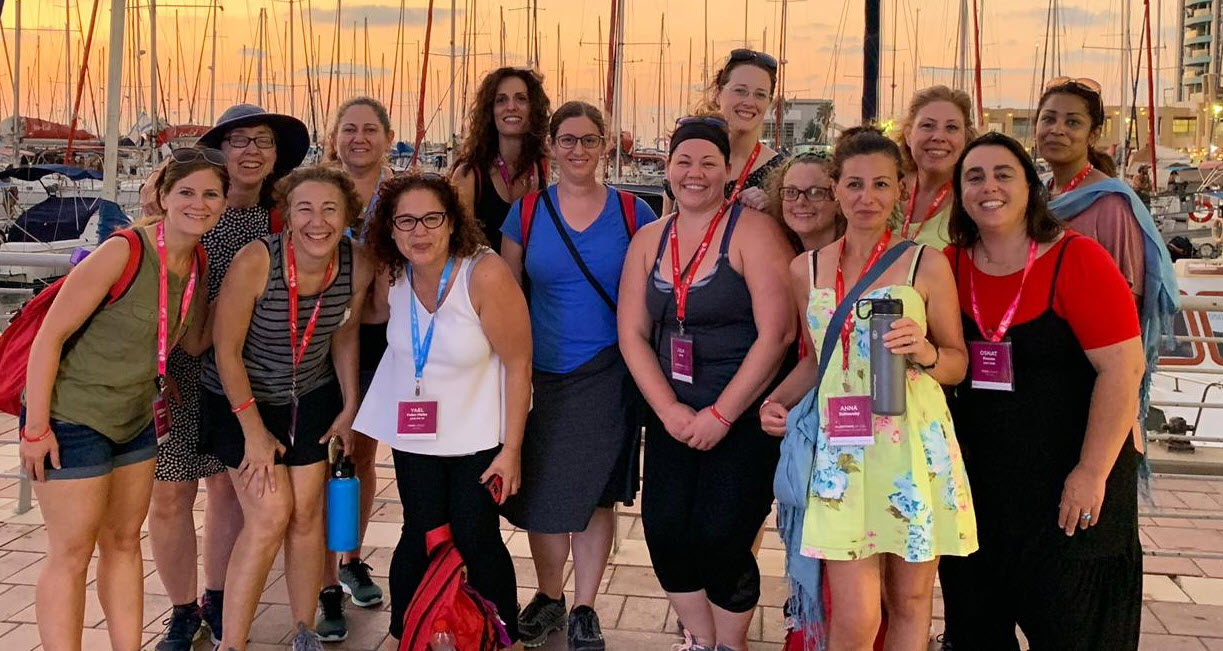 The Allentown group with the marina and the Mediterranean sea behind us at sunset.

But through all this, top of mind and a huge Momentum value was courage. Having the courage to dream that big idea and do something (anything, if it will mean helping people). Even speaking my big idea today in a small group took courage and I’m glad I did that. The cool thing is we are all in the same boat, or maybe we’ll each be in our individual boats on the same sea, once we take that first step, setting sail for our big ideas.