It Takes a Holy Imagination

There’s no time like Rosh Hashanah to think about the big picture. God created the world with great potential and only the creation of humans on the sixth day enabled that potential to be realized. A midrash in Chullin 60b reveals to us that while the earth brought forth grasses on the third day of creation, they grew underground, unable to sprout above soil until the needs and will of a human being to pray for rain brought vegetation to fruition. All of creation hovered in potential until Adam was created and developed a relationship with the Creator.

And so we carry that legacy now thousands of years later. We carry the responsibility to bring forth potential from our world. From the most mundane material object to a divinely created soul we are blessed to care for, we are tasked with developing the potential of each in its fullest form.

In parenting, the energy of this season is particularly opportune for introspection, rejuvenation and imagination about the coming year. Starting with the blank slate, this is a moment to think deeply about your role in educating your future generation and how your talents can empower you in this holy work. While technology abounds, as it should, do not underestimate your uniquely human qualities that can build a lasting foundation for your child or teen, carrying them through life with high Jewish self-esteem. Imagine waking up each morning clear that every day is an opportunity to foster positivity about Jewish identity. Try engaging your imagination to practice how you can role model small acts of kindness and wonder at the universe that build sensitivity in a human being. How can you imagine ways to empower your kids, so they emerge from your home equipped with the values-based foundation of Judaism needed to build the strongest next generation possible?

Imagination is something we often associate with children, but the sacred work of parenting is best enabled by engaging “holy imagination”! It may feel like a stretch at first because we aren’t used to the idea of imagining with adults. But once you practice and engage in this kind of imagining, the clarity comes. There is no better place to remove the smudges from our lens and see priorities clearly. We can imagine building a human being based on divinely given values, mitzvot, and traditions. This is the clarion call of a Jewish parent. Make this new year one in which you tap your uniquely human, indispensable, and essential talents to the holy work of Jewish parenting and bring forth the highest potential in your seedlings just waiting to burst forth with vitality. 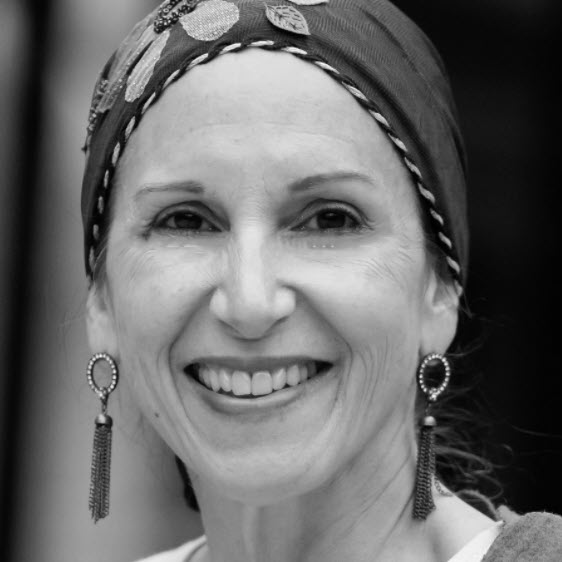 Manette is an entrepreneurial philanthropist and serves on a variety of boards.

She previously launched the Jewish Education Innovation Challenge (JEIC) from the Mayberg Family Foundation grant-making platform, which has granted innovative pilots in six Jewish day schools across the country. She has also led an Innovators Retreat, attended by educators, funders, consumers, and influencers of Jewish education.

Manette lives in Silver Spring, Maryland, with her husband. They have four children.